Revival of the Vinca figurine from V millennium B.C.

Divostinka (Divostin girl) is an anthromorphic figure in the village of Divostin near Kragujevac, Serbia. It belongs to the Vinca culture from the fifht millennium B.C. and the Neolithic period. It was uncovered by a team led by one of the world’s greates archaelogists, Dragoslav Srejovic, between 1967 and 1973. Divostinka symbolizes the female deity – the goddess Mother Earth. Seven replicas of the figurine are kept at the National Museum Kragujevac. 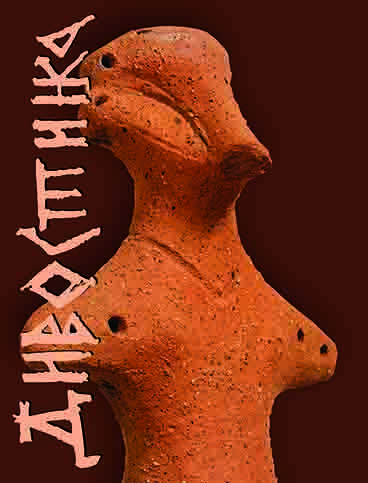 Kovionica Cultural Park has used the motive of Divostinka on decorative and usable items as well as to create replicas in terracotta and stone.

The project was presented to the public at a press conference held on October 6, 2016 at the National Museum in Kragujevac.